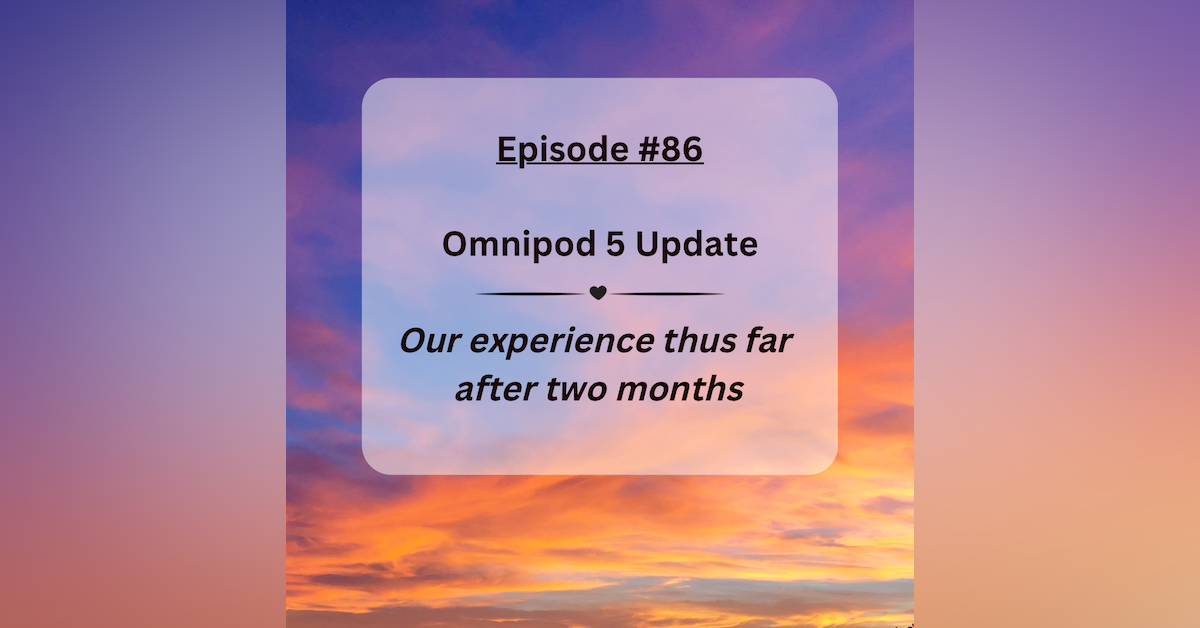 You asked so I answered! So many listeners wanted to know how our experience on Omnipod 5 has been going so I thought it would be nice to put it in one spot.  I talk about why we made the switch, important things to keep in mind, dealing with insurance, what has worked for us in terms of settings, the pros and cons, and how I adjust settings when we are seeing highs or lows.  I think it's a pretty thorough overview. Always keep in mind, I am not a doctor or a diabetes educator... just a mom with a daughter living with type 1 who hopes to help and empower other moms. Nothing you hear on this episode should be considered medical advice... I am just sharing our experience with you all. Enjoy and let me know what you think! What has your experience with the OP5 been so far?

MORE INFO AND RESOURCES FROM THE EPISODE

ALL ABOUT DIY LOOP

HELP SUPPORT THE SHOW
Follow the show on Instagram @sugarmamaspodcast
Come join the Facebook Group!
Visit the Sugar Mama's Podcast Website
Write a Review and help other type 1 families find the show!
Donate to the show through Buy Me a Coffee!*

*Buy me a Coffee is a no strings attached way to support the show! Every donation given, whether it is a one time gift or a monthly membership, goes to making this podcast come to life each and every week.

iMOM Podcast
If you need a mom friend right now, you’ve come to the right place.

Email has been submitted.